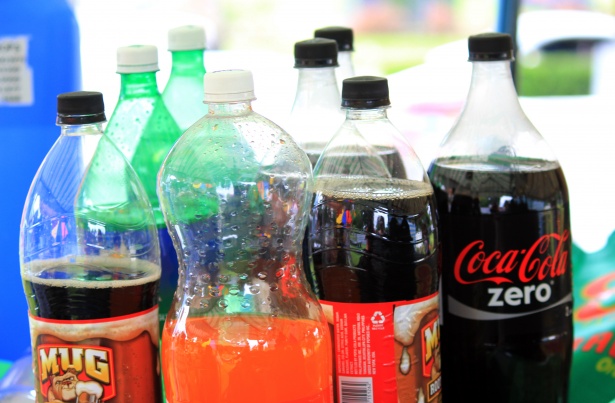 As anyone who’s ever started a business can tell you, coming up with a new product is tough. It’s hard to project what people will like and not like. Even when it comes to something like soft drinks, something that everyone consumes, it’s not always easy to come up with the next big thing. As a result, we have had countless numbers of soft drinks that were released to the general public and never really caught on. Even major corporations like Pepsi and Coke and have had plenty of products that absolutely flopped with consumers. So, let’s take a walk down memory lane and remember some of the products that are up in soft drink heaven.

Crystal Pepsi is arguably the cream of the crop among failed soft drinks. For some reason, Pepsi thought that a cola soft drink would be better if it were clear instead of brown. It’s hard to believe that people had many complaints about Pepsi back in the day, specifically ones related to its color. In any event, Pepsi launched a clear version of their soft drink in 1992, declaring “You’ve never seen a taste like this!” It was gone about a year later, completing failing to catch on with folks. Of course, nostalgia got the best of Pepsi, and the product was brought back in 2016, although not that many people noticed. Alas, David C. Novak, the man who was behind the release of Crystal Pepsi, declared it “the best idea I ever had,” while also admitting it was also “the worst executed.” In that 2007 interview, Novak went on to say, ” It would have been nice if I’d made sure the product tasted good.” Ya think?

Why, Coke? Why would you think that after nearly a century it would be a good time to tweak your formula? But that’s exactly what Coke did in 1985 when they needlessly changed the world’s best soft drink recipe. The company admitted that it was “arguably the biggest risk in consumer goods history,” and all they really did was put the word “New!” on the can. However, the results weren’t pretty and people got upset. In addition to the countless phone calls, the company received about 40,000 letters from people expressing their dismay. Imagine, the Twitter traffic if that were to happen today. Within three months, Coke announced that they were going back to their old recipe. That announcement was such a big deal that Peter Jennings interrupted day-time soap operas to report the breaking news. In 1992, New Coke was renamed Coke II, not that it matters.

To be fair, this wasn’t a terrible idea. People have been eating Lifesavers candy since 1912, and even to this day, it’s a well-established brand among candy lovers. Naturally, in the 1980s, the creators of Lifesavers candy took a chance and created a soda. Again, eating a lifesaver in liquid form doesn’t sound all that bad. However, it turned out to be too sweet of an idea. Consumers were overloaded with sugar and likened the soft drink to “liquid candy.” Apparently, that’s not a good thing. Unlike other kinds of fruity soft drinks, Lifesavers soda wasn’t even trying to pretend like their product was a healthy alternative like Snapple. It was just sugar on top of sugar on top of sugar in liquid form, and it just didn’t work.

If you’re not familiar with the Orbitz drink, it’s probably because it wasn’t in stores long enough for you to see it. The company released it in 1997, and when initial sales were disappointing, they didn’t wait long before pulling it off the market. The company tried to market its new soft drink as a “texturally enhanced alternative beverage.” Not to speak for everyone, but what in the world does that mean? Orbitz soda was essentially a fruity soft drink that was filled with beads of colored gelatin. The bottles essentially look like a lava lamp that is presumably safe to drink. Of course, the problem was that not enough people made the assumption that it was safe to drink, and those that did often compared the taste to cough syrup, which is fine, but not something that healthy people are going to drink that often.

OK Soda was Coke’s reaction to the emergence of grunge. To be fair, all of us reacted to grunge one way or another, and Coke’s response was to make a half-rate soft drink. Released in 1993, OK Soda specifically to the downtrodden members of Generation X. Well-known cartoonists of that era, Charles Burns and Daniel Clowes, were hired to design the odd-looking cans and head up commercials designed to get the young and discontent to drink OK Soda. For the record, there are conspiracy theories that say the CIA created OK Soda as a way to get Generation X on board with Corporate America. If that’s true, it probably didn’t have much success, nor did OK Soda. Coke took the soft drink it once described as “carbonated tree sap” off the shelves in 1995.

You don’t have to be that old to remember Slice, right? It was Pepsi’s creation to compete with Sprite and 7-Up. Also, as you can see, it came in a lot more flavors than Lemon-Lime, although Slice is still most associated with that flavor. Slice was first introduced in 1984, but by 1987, it had just 2% of the market share. Part of the problem is that it was more expensive to produce than similar products. Despite coming in a variety of flavors like Apple, Pink Lemonade, Mandarin Orange, Strawberry, Passionfruit, Grape, and Dr. Slice, Sierra Mist eventually pushed the Slice brand completely out of the way in the early 2000s. By 2006, Slice was all but gone.

Why on Earth did Mountain Dew think it could market itself toward athletes? Their product is pure sugar, and that just doesn’t gel with healthy, athletic people. Nevertheless, by 1989, Mountain Dew believed they had enough positive market research to release a sports drink that had just two calories but tasted like regular Mountain Dew. Pepsi initially came up with Mountain Dew sport as a way to compete with Gatorade, which in retrospect, may be the most foolish thing the company has ever done. Mountain Dew sport only ended up spending about two years on the shelves, as it was discontinued in 1991. A decade later, Pepsi just bought Gatorade, which they probably should have done in the first place.

To be fair, this wasn’t the worst idea ever. Pepsi has had plenty of success with its Wild Cherry Pepsi product while vanilla flavored soft drinks have also done well. However, in 1991, the world just wasn’t ready for the Pepsi Wild Bunch, a series of three new soft drink flavors that were supposed to offer a new twist on classic Pepsi. As you can see, those new flavors were Raging Razzberry, Strawberry Burst, and Tropical Chill. However, the three varieties were sold together in 3-packs. Customers who took a liking to one flavor but not the others were stuck buying all three members of the Wild Bunch at once. For what it’s worth, only select test markets ever got the chance to buy the Wild Bunch before Pepsi cut the cord. However, these drinks did open the door for a product like Wild Cherry Pepsi, so they weren’t completely worthless.

Did Sprite really need a remix? It’s a fine product all on its own. Alas, executives felt that Sprite Remix was their ticket to the DJ and hip-hop loving demographic. This soft drink was essentially regular sprite but with a little extra fruit or citrus flavor. Ultimately, it had three different varieties: Tropical, Berryclear, and Aruba Jam. But let’s be honest for a second, none of those names say much about the actual flavor being added to the Sprite. There was also a “do-it-yourself” version of Sprite remix that allowed consumers to add a flavor packet of either grape, vanilla, or cherry to a regular Sprite. Neither idea took off with soda drinkers, leading Sprite Remix to be dropped from stores two years after it was introduced. However, Sprite brought back Tropical Sprite without the Remix moniker in 2015, and it remains available to this day, so Sprite Remix wasn’t the worst soft drink flop of all-time.

For whatever reason, 7 Up has always been the understudy to Sprite. 7 Up was actually out first, but it’s struggled to reach the same kind of popularity. Desperate to reach the same level, the public was introduced to 7 Up Gold. The flaw in this plan is that 7 Up Gold is essentially the same thing as Ginger Ale, and consumers have rarely clamored for more types of Ginger Ale. By all accounts, 7 Up Gold tasted just fine. The problem was that not enough people actually tasted it. Gold’s odd marketing campaign didn’t help matters, as the slogan back when the soft drink was released in 1988 was “Never had it, never will.” That slogan referred to caffeine. However, 7 Up Gold did have a little caffeine, and in the end, it also had very few customers.

Even the people who remember Josta don’t realize that it was a trailblazer among soft drinks. It was actually the first energy drink released by a major corporation. Pepsi released it in 1995, but most consumers didn’t really know what to make of it. It had a weird red or brownish color and had this weird ingredient listed called guarana. Today, guarana is used as a dietary supplement that has double the caffeine of coffee, making it a rather powerful stimulant. After four years on the shelves, Pepsi decided to pull Josta, declaring a “change in corporate strategy.” However, Josta still has a loyal fan base that has been pushing for over a decade to bring back the soft drink. For a while, there was even a “Save Josta” website. However, it doesn’t look like this defunct soft drink is coming back anytime soon.

Honestly, what was the point of Pepsi Blue? As the story goes, Pepsi spent about nine months test-tasting over 100 different flavors, hoping to find something that would stick with consumers. Somehow, they landed on Pepsi Blue, which combines berry flavors with regular Pepsi, almost creating a cotton candy type taste. That doesn’t sound so bad, does it? But the blue color just didn’t look right, even if it was name-appropriate. Also, Pepsi didn’t spare any expense when it came to promoting their blue concoction when it was released in 2002. However, the drink never took off, falling well short in popularity compared to Vanilla Coke, which was released around the same time and has fared much better over time.

To be fair, Surge is far from the biggest flop in soft drink history. Obviously, Surge was Coca Cola’s attempt to compete with Mountain Dew in terms of a soda that had way too much sugar and could turn a normal person into an annoying bundle of energy. Most of us probably remember those crazy commercials advertising Surge. You know, the ones in which people would just yell “Surge!” It was released in 1997 and then taken away in 2003, so it had a good run for a while. Perhaps more importantly, Surge has made a comeback. In 2014, it was made available on Amazon following a Facebook campaign to bring it back. A year later, it started to pop up in convenience stores, and in 2018, Surge became available in some Burger King locations. Technically, Surge isn’t dead, but that doesn’t mean it’s not a flop.