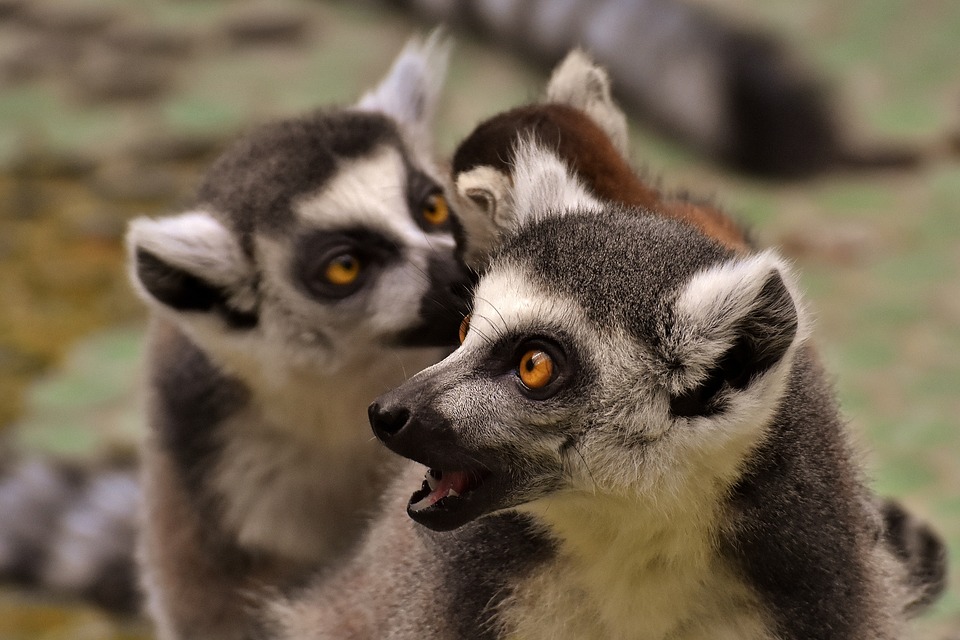 Have you ever wondered by DreamWorks made an entire series of animated movies about the country of Madagascar? Well, it’s probably because the island nation off the southeast coast of Africa is home to one of the most diverse and unique ecosystems on the planet. Madagascar is the fourth-largest island in the world. It’s big enough and isolated enough to host unique species of plants and animals that can’t be found anywhere else in the world. Some of the animals endemic to Madagascar look like they’re straight out of a sci-fi movie or a children’s movie. But they’re real and they’re only found in Madagascar. Let’s take a look at some of the animals you can only find on this special island.

Surely, you’re already familiar with the famous ring-tailed lemurs of Madagascar. Lemurs actually come in all shapes and sizes, and not always of the ring-tailed variety. Madagascar is home to dozens of species of lemurs. Unfortunately, most of them are endangered or threatened, and some of them critically so, which is a shame because they are a spectacular and interesting animal.

Also known as the Madagascan Moon Moth, this is one insect you probably don’t want to fly away and leave you alone. The comet moth is a nocturnal moth, and with its bright colors, it’s usually easy to spot while flying with the night sky as the backdrop. With a wingspan approaching eight inches, the comet moth is the second-largest moth species in the world. They are also the only moth species that can be found on Madagascar.

At first glance, the fossa may look like a type of cat that prowls the forests of Madagascar. However, its nearest relative is actually the mongoose. From nose to tail, they can grow to be about six feet long but only weigh around 25 pounds. Their long tails help them to navigate through the forest, moving from tree to tree. Unfortunately, the forests of Madagascar is their only viable habitat, and with that land disappearing, the fossa has become an endangered species.

For what it’s worth, the fody is no longer endemic to Madagascar. This small bird that’s about five inches tall and weighs less than a pound has been introduced to some of the other island nations that sit off the coast of Africa in the Indian Ocean. However, while small, they can be found all over Madagascar. The males can be spotted by their red color with a tinge of black. However, their feathers can change color to orange, olive brown, or even yellow, especially during mating season.

Did that picture startle you a little? No worries, you won’t run into an Aye-Aye unless you’re out climbing trees late at night. These primates are nocturnal and tend to use their long tails and strong toes to hang in trees while using their keen hearing and big eyes to find food. They are yet another endangered species on the island of Madagascar. It’s also worth noting that the people of Madagascar consider them something of a bad omen because their appearance comes off a little creepy and frightening.

This is not just any other owl. They are known for the brown color around their face and brown ear tuff. They are over a foot and a half tall, making them the largest species of owl you’ll find on Madagascar. For the most part, these guys are nocturnal, like many owl species. However, it’s not impossible to spot one during daylight hours if there’s a female laying her eggs

Aside from being one of the bigger chameleons in the animal kingdom, this guy doesn’t really resemble a panther. However, even compared to other chameleons, the panther chameleon is one of the most colorful, with several variations to help keep it hidden from predators. When they’re not worried about protecting themselves, they will use their long, protruding tong to find food of their own. Finally, while native to Madagascar, the panther chameleon has been introduced to nearby islands, expanding the areas where it can be found.

As the name implies, this type of cockroach is known for the distinct hissing sound it makes. The hissing can be heard when two males are in conflict with one another. The winner will be the one that hisses more. These creatures will also hiss as part of their mating ritual. They have both wings and antennae, and the males even have horns, making them one of the most unique insects in the world. Naturally, they are only found on Madagascar.

his type of gecko is one of the most masterful animals in the world when it comes to camouflage. Their entire body almost looks like dead leaves that have been partially eaten by insects. It’s not the most flattering description of an animal, but it allows the leaf-tailed gecko to blend in with any kind of foliage. They also have strong claws that allow the nocturnal animal to climb trees while hunting for insects at night. Despite the somewhat ominous name, the satanic leaf-tailed gecko is a popular pet. However, they don’t do well when removed from their natural habitat, and so deforestation in Madagascar has made them vulnerable.

The blue coua is one of the dozens of bird species that are endemic to Madagascar. They are a member of the cuckoo family and known for their beautiful blue color. Even their beak is a dark blue, much like the rest of its body, although the lighter blue around the eyes creates an attractive distinction. One way that blue couas distinguish themselves from other cuckoo birds is the fact that they build their own nests using twigs and leaves. They also do a nice job of hiding in bushes, making them difficult to spot. However, too many hunters have been able to locate them, threatening their existence on the great island of Madagascar.

Sifakas are one of the Lemur species found on Madagascar. They are named as such because of the unique sound they make. Depending on the three varieties of sifakas, their fur can be white, grey, black, or golden. Like other types of lemurs, they spend their days in the trees, jumping with ease from one branch to another in between snacking on leaves and fruit.

Don’t adjust the color on your computer, that frog is actually red, which is why they call it the tomato frog. They live primarily in the forests of the northwest corner of Madagascar. While they may look a little odd, they are not toxic, even if they release a weird kind of mucus when they feel threatened. Of the three sub-species of tomato frogs, one is considered endangered because of the destruction of its habitat.

This snake is further proof that everything looks a little different in Madagascar. For the record, the spear-nosed snake is not considered a threat to humans. In Madagascar, there are urban legends about the spear being used to impale people standing directly beneath the animal. However, those who have studied this snake believe the odd spear nose is simply a form of camouflage. It also makes it easy to tell the difference between males and females. The males will have a more pointed nose while the females will have a flatter nose.

Don’t let the movies fool you, there are no giraffes on Madagascar. However, the island does have this odd insect that’s called the giraffe weevil because (as you can probably guess) it has a long neck. The male giraffe weevils have a much longer neck than the females. They use it to build nests and also (because this is nature after all) to impress the female giraffe weevils. With those long necks, the giraffe weevil is one of the largest species in the weevil family. But it’s not just about the neck; they are also distinct because of their red shell called the elytra.

Once again, the name of an animal that’s endemic to Madagascar is spot on. This is the painted mantel, a colorful and carnivores rainforest frog found in eastern Madagascar where there are many freshwater streams. They are mostly green and black, but there’s also some yellow on their hind legs. Of course, while they may be pretty to look at, the bright colors actually serve as a warning to predators that these little frogs are toxic.

While it may look like just another duck, the Madagascar pochard is actually one of the rarest birds in the world. It was once thought to be extinct until a group of 20 was discovered in 2006. A breeding program was started to help get their numbers up. As of late 2017, there are about 90 pochards still hanging around, mostly living in the marshes of Madagascar. It’s a lovely looking duck with a gray beak and white belly but continues to be seriously threatened by extinction due to food scarcity

Last but not least, there is the Indri, the largest species of Lemur on the island of Madagascar. These guys can be over two feet long and weigh over 20 pounds. Aside from their size, they are best known for their high-pitched calls to one another that can be heard from up to four miles away. Also, like all lemurs, they have strong legs and toes that enable them to live in the trees and jump from branch to branch. However, the Indri has the ability to jump over 30 feet in a single bound, much further than most other lemurs.