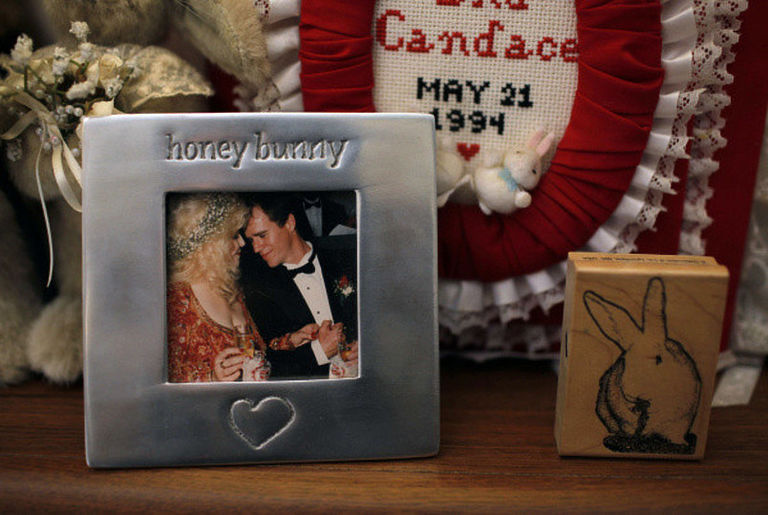 Collectors and hoarders function in very different ways, as hoarders tend to acquire and collect items excessively. They also have a tough time separating from them, as their actions are heavily linked to trauma. Collectors, on the other hand, seek pleasure when they collect different pieces. For some, it’s just a hobby. But for others, is a lifelong passion. In the world of collecting, there is a fine line between hobby and obsession. A simple pastime can spiral into a habit that defines your entire life, but some folks fully embrace their passion. In fact, one California institution celebrates a couple’s fascination with a very specific theme, and it’s truly bizarre!

Learning how to express your love is an important aspect of any relationship. But not many do it in a way that is so completely over the top that it results in a museum based around how a couple showered each other with love!

Even when they first met, Candace Frazee and Steve Lubanski from Pasadena, California, went out of their way to express their love for one another. If you thought you were a total romantic, then wait until you see how this unique couple chose to express their love! Instead of whispering sweet nothings in each other’s ears, Candace and Steve began buying gifts for each other. They did this every other day, not just for anniversaries or special occasions.

Stepping Up Their Game

The loving couple wasn’t afraid to shower each other with thoughtful gifts. As Valentine’s Day 1993 approached, Steve wanted to step up his gift-giving . He didn’t have any inspiration, so he headed for the local mall to see what he could find.

The couple had already developed a nickname for each other — “ bunny.” Having a term that they reserved just for each other helped build and strengthen their relationship to the max. The couple felt really comfortable with one another, and they really loved having a special nickname that was sweet and somewhat unique. But when Steve headed to the mall, he saw a line up of commercial teddy bears and felt totally uninspired. Then he spotted a rabbit figurine. It immediately reminded him of his beloved girlfriend, and purchased it, wondering how Candace would respond.

Unsurprisingly, Candace loved the gift. So much so, that she returned the favor and gifted Steve his own rabbit just a few days later. Things quickly spiraled out of control and soon enough, they were giving each other rabbit-themed presents every .

Till Death Do Us Part

Their odd rabbit addiction became a known part of their relationship but it really took center stage when they decided to tie the knot. On their very special day, Steve showed up in a giant bunny costume, much to the surprise of their guests. How often do you see a groom wearing a furry bunny costume at a wedding? Luckily he didn’t take his vows in the suit as he was wearing his real groom attire underneath.

Years went on and their love for rabbits didn’t dwindle down. Candace and Steve kept stockpiling hundreds upon hundreds of rabbit toys, figurines, and stuffed toys. When the couple was renovating their home in 1998, they took their beloved rabbit theme outdoors and had a giant hedge shaped into a rabbit. Edward Scissorhands would have been proud of their work!

It Was More Than A Home

At this stage, their home had morphed into something more. Their humble abode was now a full-blown museum dedicated to their love and their bunnies. And now, the Bunny Museum was open to visitors! People from all over the US show up every year, curiously trickling in to see what this unique attraction was all about.

Every year, Candance and Steve go “bunny hunting” at a number of antique stores, thrift shops, yard sales, and festivals. “We currently have over 33,000 bunny items,” Candace Frazee told Pasadena-Star News. “The joke is that we’ve been packing for 10 years because we were pretty much out of when we opened in Pasadena. We’ve always dreamed of moving.”

Twenty years later and a new location, (it’s located in 2605 Lake Ave., Altadena) and the Bunny Museum is still going strong. There are different displays dedicated to the famous rabbits of pop culture like Bugs Bunny, stacks of puzzles, and even a few live rabbits to pet. There’s even a horrific display called “The Chamber of Hop Horrors,” which displays
“the abuse of bunnies throughout time such as experimenting on bunnies, ‘lucky rabbit foot keychains’ and bunnies in horror films,” according to the museum’s website. This couple’s effervescent love is proof that it doesn’t really matter how you show your love to your significant other. There’s a lot of love to go around.