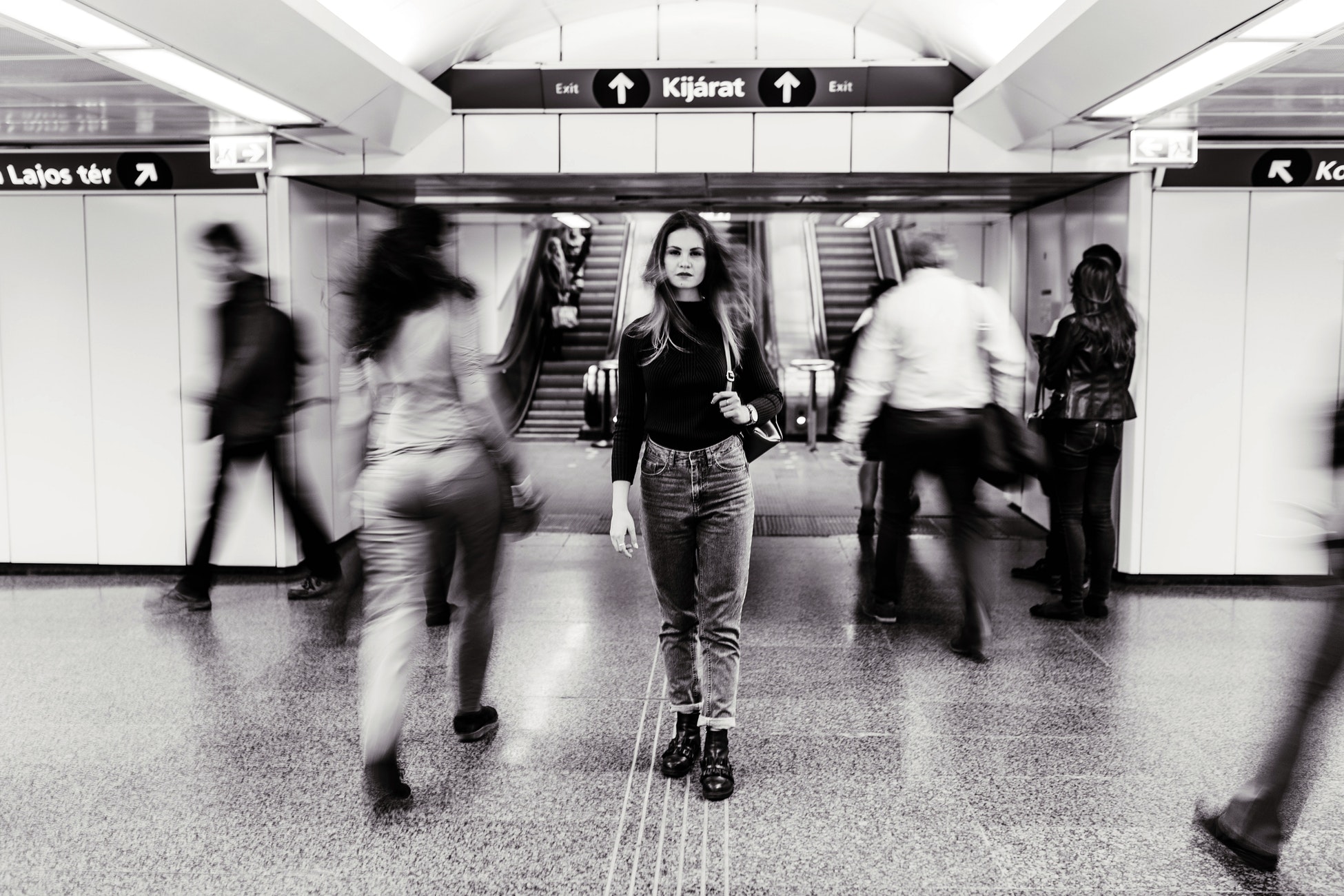 We live in a world that’s a bit dark and unkind, but it’s not all doom and gloom either. There are some people who are capable of unexpected acts of kindness which goes to show that human beings are capable of anything, really. This just so happens to be the story of a total stranger who helped an 18-year-old kid who was having a seizure on a train. The person later shared what happened on Twitter and their story inspired us to become better people.

In 2019, writer Erynn Brook was riding the train home. It was about 10 p.m., and she was just a few away from her station when an 18-year-old woman approached her and she wasn’t looking so well. She was holding a laminated sheet of paper with the words “my seizure plan” on top. Needless to say, she was a bit taken aback.

As it turns out, the girl had been staring at Brook, but she wasn’t really paying attention. And when she tried to talk to her, she couldn’t understand a single word she said at first. “I took out one earbud and said ‘pardon?’ And she said ‘are you getting off soon?’ And I said yes,” Brook wrote on Twitter.

As the young woman looked down at the monitor on her finger, she warned Brook that she was about to have a seizure. The teen’s stop was still 3 stops away. Brook explained what happened next after the two of them exchanged a few words. “I asked if she would like me to ride with her to her stop. She said she didn’t want to bother me. I asked what she would do when I got off, she kinda shrugged and said ‘ask someone else. Maybe her? She looks nice. Can you ask her for me?'” she said. But just as the subway inched closer to her destination, she started seizing and Brook sat next to her until it passed.

She Was By Her Side

Brook explains that right at that moment, the teen started seizing. “She had already moved her purse out of the way and folded her scarf in a place to catch her head as she slumped over. I sat next to her and read her seizure plan. She’s 18. I check my phone and start timing her seizure. I sit down. My stop comes and goes.”

She Wasn’t About To Abandon Her

Brook got off the subway with her and the two of them sat down. Then the teen seized again and Brook stood up in case she needed to catch her if the teen slipped off the chair.

The teen’s seizure plan included all the info a stranger would need to know in case she needed help. Since a lot of people have never seen a person undergo a seizure, it was vital for Brook to pay attention to what to do, and how to remain calm while watching the girl seize.

She Had Seizures Almost Every Day

After the seizure stopped, Brooks decided to walk her to her condo and opened the building door. The girl was extremely tired after having her seizures, but she still doesn’t want to bother Brook, who offers to at least walk her up the stairs. The girl told Brook that this was her first seizure of the day, but she suffered from two seizures the day before. One they make it home, the teen is truly grateful. She waved goodbye and made her way to the elevator.

All We Need Is Each Other

Brook could have easily hit the emergency alarm and walked away when the subway reached her stop. But she didn’t. If this story teaches us anything, it’s that sometimes all people need is another human being at their side to help them through a rough moment, Brook did for that teen in distress.