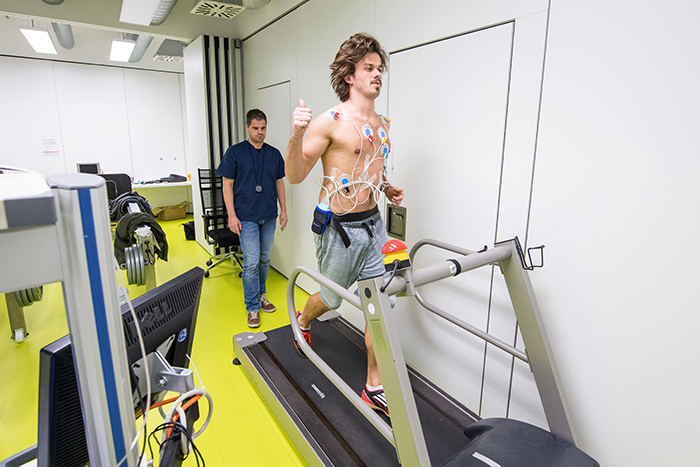 As part of its research, NASA has decided to study the long-term effects of zero gravity on the body. They’ve even found a method that might eventually counter any health-related issues that astronauts could develop when they travel to space. But to do this, they needed to recruit healthy volunteers. NASA wasn’t asking much from them. They just wanted participants to stay in bed and lie on their backs for 60 days, and in return, the volunteers would get paid over $18,500. Now doesn’t that sound like a dream job?

NASA and ESA have teamed up to study the effects long-term space travel has on the human body. To that end, they intend to pick 24 participants to travel to the German Aerospace Centre (DLR). Their mission is simple. All they have to do is stay in bed for two months. Doesn’t that sound like a dream vacation?

But can anyone participate in this study? Well, in order to be NASA’s guinea pig, you have to meet certain requirements, of course. For starters, you have to be between the ages of 24 and 55 and be in good health. You also have to speak German. But the biggest challenge will be whether you can bounce back after lying in bed for 60 days straight without catching a break. Trust us, it sounds easier than it is!

Volunteers will have to do everything lying down over the 60-day period, and that includes eating, going to the bathroom, and we assume bathing. Fortunately, they’ll be able to watch TV and will have plenty of reading materials, as well as other activities to keep them from going stir crazy. The project organizers will also encourage people to learn new skills by taking online courses.

Participants will have to keep their legs propped slightly higher than their heads to reduce the blood flow to their extremities. This will create muscle deterioration experienced by astronauts in space. Long-term space travel affects blood flow and causes the bones to become less dense, too.  So while this experiment sounds extreme, one of the goals is to put the body in similar space-faring conditions to study the effects. But how does the study work?

One half will get to stay in bed for 60 days, while the other half will get taken to the new DRL short-arm centrifuge in a lab every so often. The centrifuge will act as an artificial gravity chamber courtesy of its spinning rig. Once inside, the chamber will help push blood towards the lower extremities. Scientists want to see if this simulator minimizes the harmful effects of lying down for a long period of time.

Micro-Gravity May Be The Solution

The artificial gravity research may not only help space travelers in the future, but also people on Earth who suffer from health problems like muscular atrophy, cardiovascular diseases and osteoporosis. But the main goal of the project is to stimulate the effects of microgravity on people. Currently, regular exercise is used to counter the side-effects of space travel, but artificial gravity could prove to be far more useful.

Doctors, therapists, nutritionists, scientific professionals will be on hand to ensure the volunteers have everything they need. Once participants complete their 60 days in bed, they’ll have to undergo an additional 14 days of rehab to retrain their bodies to use their muscles before rejoining the real world, just like real astronauts do. It may sound like a horribly depressing thing to put your body and mind through, but if you were getting paid 16,500 euros, which is over $18,500, you’d probably jump on board the next plane and head to Germany, too. We know we would.