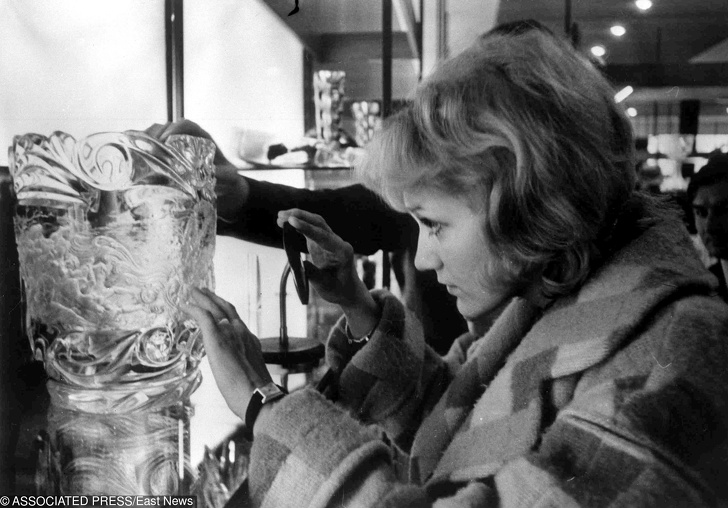 Everybody knows that death isn’t permanent on television or movies. Just ask yourself: How many times has Sam and Dean died on the CW show “Supernatural?” But that’s make-believe and real people don’t usually face death and survive, right? Well, these people went head-on with the grim reaper and came out on top.

On January 26, 1972, an aircraft flying over the Czech Republic exploded and sent flight attendant Vesna Vulovic freefalling into a 33,000 ft (10 km) drop. When rescuers arrived at the scene, they found that she had lost a lot of blood, broken 3 vertebrae and fractured her skull, but she miraculously survived. After 3 days in a coma and some rehab, she was surprisingly okay.

In 1978, a Russian physicist named Anatoli Bugorski was working on a particle accelerator, which sped up a proton beam close to the speed of light. The beam struck him in the head, and he suffered hearing loss in his left ear and had the left side of his face paralyzed. But other than that, there was no serious damage to his brain. Is that freaky or what?

Louis Zamperini was onboard a US Army Air Corps B-24 plane on May 27, 1943, when it crashed into the ocean. He survived for 47 days drinking rainwater and eating fish with fellow survivor, 2nd Lt. Russell Phillips. Unfortunately, he was found by Japanese forces and tortured by camp sergeant Mutsuhiro Watanabe. But despite it all, he survived and was rescued in 1945, proving some men are made of iron!

Roy Sullivan is known as the Human Light Rod because he was struck 7 times by lightning and yet he managed to survive every time. This made him a bit of a legend because only one to one octillion people have a chance of being struck so many times. He even made it into The Guinness Book of World Records.

On August 6, 1945, a uranium gun-type bomb nearly destroyed the entire population of Hiroshima, which included visitor Tsutomu Yamaguchi. He managed to return to his wife and son in Nagasaki. But 3 days later, a plutonium implosion-type bomb was dropped. It destroyed the city, but both himself and his family survived despite a slow recovery from radiation exposure.

Dr. Anna Bågenholm fell headfirst into freezing water while skiing around a waterfall. She was under the ice for 80 minutes. She found an air pocket, which allowed her to breathe for approximately 30 minutes. But the cold forced her underwater for an additional 40 minutes. She was then rescued and rushed to the hospital. But her body temperature was under 56.7ºF (13.7ºC) and her heart had stopped for over 2 hours. Luckily for Bågenholm, they managed to resuscitate her after 9 hours. She suffered no brain damage but did lose some motor control in her hands and feet.

In 2003, Aron Ralston was hiking near Bluejohn but wound up trapped for 127 hours after he slipped and fell. A boulder had trapped his arm and pinned him to the canyon wall. After several days he realized he had to cut his arm off. He used the boulder and a dull knife to sever his arm. 5 and a half days later, Aron was free and eventually rescued. If you want to watch a recreation of Ralston’s ordeal, watch the movie “127 Hours”.

Joe Simpson and his buddy Simon Yates were climbing in the Peruvian Andes when Simpson’s leg broke. Yates tried lowering him down the mountain ledge using a rope, but the rope ran out. So, Yates had to cut the rope to save himself. Thankfully, Simpson landed on the ledge without a scratch. Then he crawled 6 miles back to camp. It took him 4 days, but he survived.